The center and the dominant element of the architectural complex is a palace, the unique piece of architecture contenting the authentic interior elements. The said interiors together with a whole collection of archive photos give a perfect opportunity to recreate original elements of historic design and imagine the man-made beauty of this manor estate in the center of Russian Empire.

The author of the architectural project of the palace is not known jet. There exist several versions of the historians regarding the authorship, the names of Benois, Kittner and Miller are mentioned. Christopher Nesler was a construction manager of the building process.

Eugenia Princess of Oldenburg did her best to equip the palace  with the innovation developments of the time, the same as her estate Ramon earlier. Prior before the beginning of the building process great ground works were made, the workmen were coming , the whole territory was cleaned up, the trees were fallen.

Meter-thick walls were built during the period of 3 years. Inside the walls, the air-pipes were made as a part of a heating system of building. Red brick of walls heats well from the hot air inside the walls, which heated the inner chambers of the palace. The roof of palace was covered by roofing sheets of the finest quality. Scale-like roofing sheets set an incredible impression as a initial part of the building design.

The first floor of the palace was a place for society life. The state rooms, such as study, parlour, dining room, billiard room and library, are set there. Private chambers and guest rooms are situated at the second floor. The inside interiors of the palace were done during the year 1887. This very is commonly considered as a date of the end of the building process.

Elegant smithcraft creations, such as curled cast-iron gateway, balcony fences and many other details added to the exquisiteness of palace design.

Lovely veranda on the east side of the palace had a roof of wired cast glasswork. It looked light and fragile, but was solid enough.

At present days the palace is the same magnificent as the moment of the building. It seems that no time passed over its fanciful high towers. Practically a century ago princes and princesses lived in Ramon, but now it sounds like some fabulous fairy tale. It seems that this empty palace grew into the Ramon land with its roots somewhere in another dimension, beeing in expectation of changes in its fate. And there the time came and people, powerful to win the decades oblivion, appeared.

In the year 2014 the museum “Historic-Cultural Center “Oldenburg Palace Complex ” was created. The same year the first remarkable project “Romanovs. Princes of Oldenburg. Restitution of century oblivion”, confined to 100-year anniversary of visit of Russian Emperor Nicolas II to the City of Voronezh, was opened.

The exposition is situated on the first floor of the palace. It is accessible for visiting as a part of the excursion group or as an independent visitor.

Attention! The  second and the first floor of the palace, the same as the cellar are closed for visiting for the cause of restoration process. 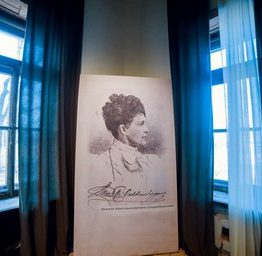 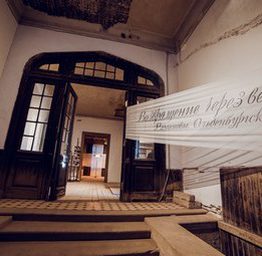 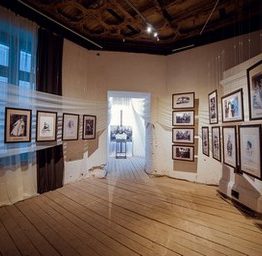 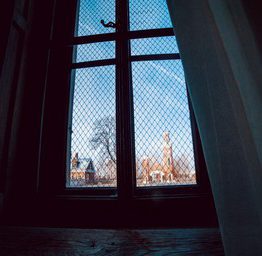