Palace complex of the Oldenburg Palace Complex  is a holistic landscape-architectural monument.

Upper and Lower Parks assembled the territory of the palace complex. Garden or park art in the Ramon estate is a reflection of the garden traditions in Russia of the end of XIX century. The mixture of two garden and park styles: landscape style and formal style were used as the general trend line. Unfortunately, the landscape gardeners of the parks at the Ramon estate are unknown. What is known is the time of building of objects of Ramon palace complex – from the year 1878 to 1887.

In the year 1960 the palace complex was accepted to the State Guard as an object of cultural heritage. In the end of 1968 and in 1970th the Palace was the place  where the following cultural and educational institutions: library, public cinema, regional folk museum. In the years 1978-1979 the Palace was released of all the institutions for the purpose of complete restoration.  However the repairing works were undertaken only during the period  from 1999 to 2008 as a part of Federal Special-purpose Program “Russian Culture” (2001-2005) and in the year 2006 the works were suspended in connection with the fact that the object was a significant site of regional significance. This was the reason for the buildings of the palace complex to fall into decay and accident condition. Beautiful parks lost their fascinating appearance and sites.

Intensive reconstruction works of architectural and landscape complex began in the year 2010, upon the initiative and continual support of Aleksey Vasilyevich Gordeev the Governor of Voronezh Region. At the present time the complex consists of 7 objects, 6 of them are the objects of cultural heritage. The whole territory of the complex comprises 7 hectares of land.

In the year 2013 the restoration of the Upper Park of the palace complex was fulfilled according to the project of French landscape designer, member of Historical Monuments State Commission of the Ministry of Culture of France Olivier Damee. On 22 of January 2016 the Government of Voronezh Region adopted a resolution, whereunder this resolution park area of the Oldenburg Palace Complex was granted a status of specially protected area. In contrast to the Upper park, the Lower park still hasn’t been restored. The project of restoration was developed by the Chairman of Arborist Association of Great Britain Iago Keen.

Visiting the Upper Park is free of charge and the visitors of the museum may do it on their own. There are also special tours in the park and through the whole palace complex with the history of the estate. The excursions take place from April to October. 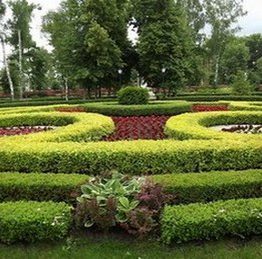 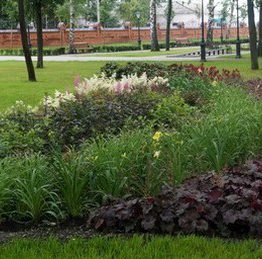 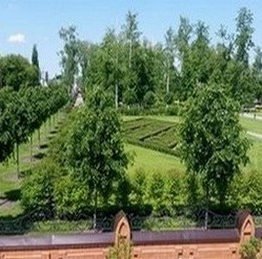 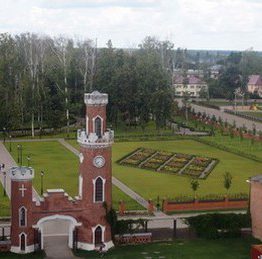